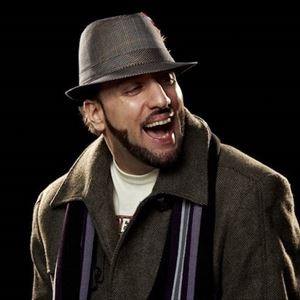 All R.A. The Rugged Man performances

This event is for 18 and over - No refunds will be issued for under 18s.

Few artists are ever as controversial as they are influential. New York legend R.A. the Rugged Man has lived up to such a moniker by simultaneously inspiring generations of rappers while being banned from every major record label's offices and even barred from performing during the late-90s underground explosion
Beginning his music career at age 12, building a reputation locally for his lyrical skills. R.A. signed to major label Jive Records at age 18.
He has worked with the likes of Mobb Deep, Wu-Tang Clan, Kool G Rap, and Notorious B.I.G., as well as producers Erick Sermon, Trackmasters, DJ Quik, The Alchemist, J-Zone, and Ayatollah.

From and including the 14th March 2007 the Jazz Cafe is a NO SMOKING venue.

Disabled customers can buy their tickets from any of the usual sources and
do not have to explain their disability.