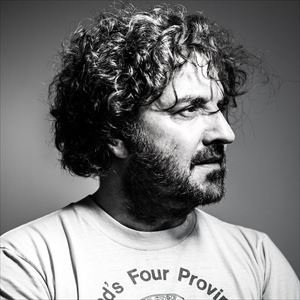 March see's the release of The Story Of Ian Prowse, a career spanning compilation album on Kitchen Disco Records.
Featuring Prowsey tunes from his first band, indie cult stars, Pele to his classic songwriting with Amsterdam's 'Does This Train Stop On Merseyside', the song that reduced John Peel to tears live on air every time he played it.

The album includes duets with Christy Moore & Elvis Costello, a #1 hit in South Africa as well as 5 songs playlisted by BBC Radio 1 or 2.
Often labelled the 'Scouse Springsteen' for his full on live performances Ian always pulls on songs from the entire back catalogue. Ian will tour 'The Story Of Ian Prowse' immediately after touring with Elvis Costello in March, this acoustic show will focus on all Ian's most well known songs and some of the wild & wonderful stories behind them'.