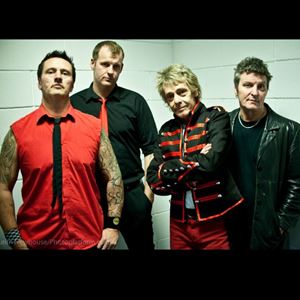 Although often categorised as one of the founding fathers of the punk era, they were simply interested in playing loud, fast, in your face Rock ‘n’ Roll rather than bad mouthing the Queen or fermenting anarchy. The energy and attitude certainly endeared them to the punks, but the hard and fast style that made Eddie & The Hot Rods one of the most exciting bands of the era has never really dated or gone out of style.

Eddie & The Hot Rods were included in the Mojo Top 100 of most influential bands and they are often cited as an inspiration for many upcoming new bands.
https://www.eddieandthehotrods.com/?